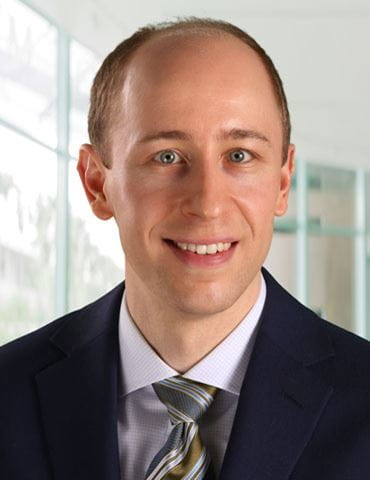 For Jason, being an advisor has never been about money. It’s about what money can do, and the difference it can make in people’s lives.

Raised by a frugal family, Jason learned the importance of saving and investing from an early age. He went from reading the Wall Street Journal as a young boy and investing in his first stock to helping families, medical professionals and other clients fulfill their goals and aspirations. To do this, he builds deeply meaningful relationships with each of his clients and crafts highly personalized financial plans designed to help them lead the lives they envision.

While most of his family is in the medical field, Jason was inspired to join the financial industry by his uncle, Steve, who’s been an advisor for over 25 years. After earning a Bachelor of Science from The Ohio State University, Jason joined Steve as an advisor. He later enrolled in Cleveland State University to earn his MBA with a concentration in finance and international business. He took his knowledge one step further by acquiring his Series 7, 66, and life and health insurance licenses.

Following Jason’s graduation from Cleveland State, he joined an employee benefits consulting and wealth management firm focused on comprehensive financial planning services for individuals and corporations. His role included leading a team that managed the financial services operations, as well as assisting in the retirement services and voluntary benefits departments.

Since joining the financial industry over 10 years ago, Jason has helped a wide range of clients throughout the Cleveland area address every matter money touches. In 2021, he took his career to the next level by joining Aspire Growth Partners and uniting forces with the person who helped inspire it all – Uncle Steve.

Jason resides in Fairview Park, Ohio, with his fiancée, Carolyn. Aside from spending time outdoors and gardening, Jason is an avid athlete who enjoys triathlons, running, skiing and traveling.